For quite a good number of Americans, the 4th of July is not the only day they have chosen to celebrate America’s independence. Larry Murphree from Sweetwater, Florida, is one of these people, who believes that expressing pride for your country is one of the simplest things that can be done, it can be as easy as keeping the nation’s flag on your property.

According to him, “one day I was thinking about the country, and I put a small American flag on my front porch in a flower pot,” he also added that though it was a little salute to the United State of America, it meant a lot to him. “It is a small flag, but it stands for a big thank you.” He added.

But on the other hand, not everyone in Murphree’s was delighted with what he did. Not long afterward he received a notice from the Home Owner Association at the Tides Condominium, Sweetwater, requesting him to take away the flag from the flower.

He said he got a letter violation which stated that the American flag was an unauthorized object and that he should remove it from where it was.
However, Larry Murphree, who has served for six years as an air force air traffic controller during Vietnam War, decided not to take off the flag and afterward was fined $100 every day, yet he didn’t remove it. After he has paid up to $1000, the veteran decided to get a lawyer involved.

The lawyer, Gust Sarris said, “We believe we have the right to display the American flag, we filed suit in the federal court. According to the lawyer, the two parties finally reached an agreement, which is that he can keep the flag in the flower pot. However, in a few months, the Home Owner Association HOA amended their flag ordinance to a flower pot ordinance. This meant that the veteran can then fly the flag on a pole and not in a flower.

Gust said, “Somehow they re-categorized it and started doing the same thing again,” “which was the same flag, the same flower pot, the same dirt and the same plant.”
Murphree’s legal war has been existing for seven years, said that the Home Owner Association had started plaguing him, and began to find him for several infractions such as having a snowflake Christmas window decoration up after Christmas, not parking in his driveway straight enough, and for putting up solar light at Christmas.

To add more heat to the fire, Larry Murphree was not aware that the Home Owner Association has been making use of his HOA fees to pay off fines that he had incurred, instead of using it for the original purpose.

The whole showed another phase when the Home Owner Association placed a charge on the veteran’s property, claiming that he had not paid/been paying his mandatory dues. Finally, he reportedly said that he was made to offer his home for sale which he did and sold the condo so that it would not be foreclosed on. 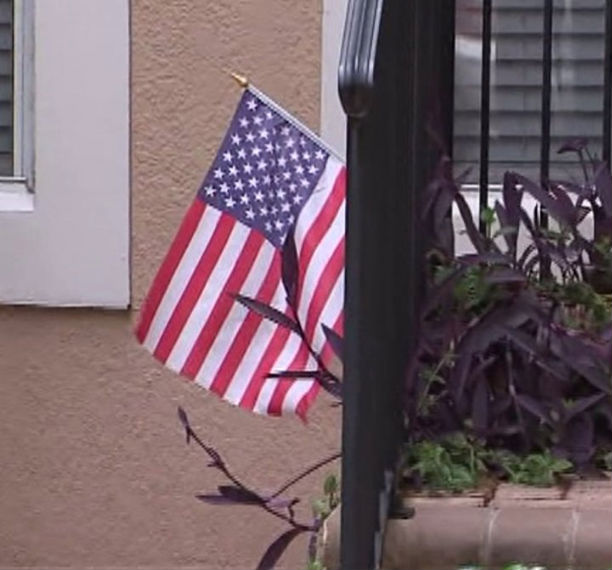 The veteran said, “I Sold my place at a tremendous loss and got out of here,” he also explained that while he is not living there, the HOA’s laws still need to be tackled. He said, “Somebody had to stand up and say, ‘this is not right.’”