Who knew an outfit could cause so much trouble?

A senior student at a high school in Kentucky was left in state of anger after she got in trouble at her school for putting on an outfit that she would consider to be completely normal.

Amanda Durbin said to WBKO, “I feel like was someone who had done something wrong, even though I am sure that I didn’t do anything”.

Amanda is a senior at Edmonson County High School and according to her, she was one of “at least 30 to 40 girls” who were either forced by the school to change their outfits or were sent home by the school on the 15th of January due to what the school termed as a violation of their dress code.

According to Tommy Hodges, the principal of Edmonson County, the school made a recent decision to begin a strict enforcement of the dress code that has already been put in place for about three years now.

“We had a meeting of teachers on the afternoon of Wednesday, the 13th of January, and we told the teachers that there is a need for each of us to be more consistent as well as to look at the dress code in order to make sure that it is being enforced,” said Hodges to WBKO. 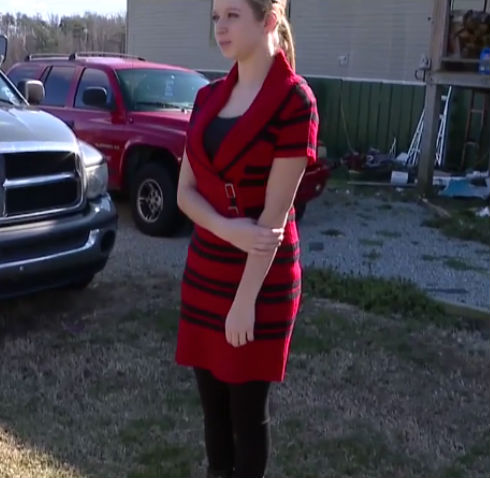 Durbin said that her dress, which she put on over a pair of black, long leggings, was tested for its length as she was made to get on her knees while a teacher came to measure the distance from the end of her dress to the floor.

Durbin also said, “There were at least 30 to 40 other girls who were either told that they needed to change or were sent home because what they were wearing wasn’t consistent with the dress code of the school. As a matter of fact, some of them were also wearing what I was wearing”.

According to the school’s dress code, “short skirts and dresses must be worn at a distance no less than 6 inches from the floor when the girl is on her knees,” says the handbook of the school.

Principal Hodges had a direct response to the question raised by Amanda’s mother.

“We aren’t a Church, and we aren’t a business. We are a school. This is where kids come to learn, and we’re trying to teach them on a daily basis. Whether the dress code is a little more relaxed or a bit stricter, we are an entity that’s different from all those that have been mentioned”.

Hodges also said that every student off the school has a copy of the school’s dress code in the student handbook that is given to them and which is signed by the parents at the start of every school year.

According to the school district, a decision on the dress code is made by the site base council they said that they would be open to discussing the altering of the dress code if the community decided that there was a need for some changes.