They say all humans are selfish in nature. When in a terrible situation, it’s easy to think of ourselves and how the bad things that are happening will affect us and almost impossible to think of others. But for Royce and Keri Young, being in the most unfortunate situation any parent was never enough to stop them from thinking about others.

The beautiful Couple from Oklahoma were given the worst news possible just months into receiving their first baby. Doctors told them that unfortunately, the baby who they were expecting was developing without a brain. Even though she could be carried to term she would only be around for a short while before she dies. 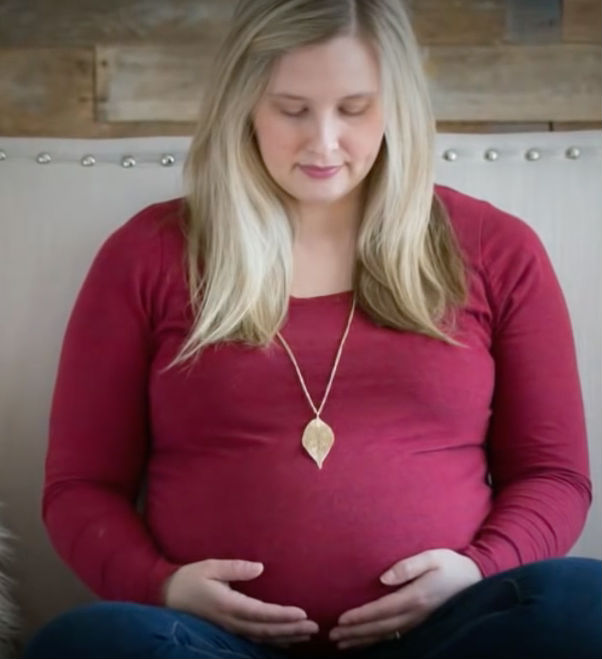 This was really heartbreaking news for the couple who were eagerly looking forward to the biggest moment of their lives. The moment when they would be able to hold their little one which they called Eva in their arms. But there was nothing doctors or anyone could do other than expect the worse.

But right there in the midst of her grief, Keri asked the doctor a question that that will totally shock you. The husband who was flabbergasted at her move was so touched that he had to put up a post on Facebook about. Read the lengthy but insightful post below:

“The other night, before I left for New Orleans, I was watching my beautiful wife sleep peacefully on the couch. I looked at her laying there, her belly big with our daughter kicking away, a daughter that won’t live more than a few days, and it just overwhelmed me of how incredible this woman is. I’m a writer so when I’m feeling something, I tend to have to write it down. So I pulled out my phone and started writing what I was thinking. And I realized tonight, sitting a thousand miles away in a hotel room (especially after meeting this awesome kid named Jarrius, that’s been everywhere at All-Star Weekend who needs a liver transplant) that instead of just keeping this one for me like I normally do, I should tell everyone else just how incredible Keri Young is. (I also miss her five seconds after I leave the house for a trip so I’m thinking about her all the time anyway.)

I thought back to the moment where we found out Eva wasn’t perfect, and how literally 30 seconds after our doctor told us our baby doesn’t have a brain, somehow through full-body ugly crying, Keri looked up and asked, ‘If I carry her full term, can we donate her organs?’ I remember our doctor putting her hand on Keri’s shoulder and saying, ‘Oh honey, that’s so brave of you to say.’ Like, how nice of you, but come on. Keri meant it. There I was, crestfallen and heartbroken, but I momentarily got lifted out of the moment and just stood in awe of her. I was a spectator in my own life, watching a superhero find her superpowers. In literally the worst moment of her life, finding out her baby was going to die, it took her less than a minute to think of someone else and how her selflessness could help. It’s one of the most powerful things I’ve ever experienced. In the eight years we’ve been married (and 15 years together) I’ve had a lot of moments stop me in my tracks where I thought, ‘holy crap, this woman I’m married to, lucky me.’ But this one was different. It hit me that not only am I married to my very best friend, but to a truly remarkable, special human being.”

“This whole process has been rough, but I say that as someone watching from the bleachers like the rest of you. Keri has been in the trenches the entire time, feeling every little kick, every hiccup, and every roll. She’s reminded every moment of every day that she’s carrying a baby that will die. Her back hurts. Her feet are sore. She’s got all the super fun pregnant stuff going on. But the light at the end of her nine-month tunnel will turn into a darkness she’s never felt before a couple hours or days after Eva is born.

She’s the one that is going to deal with all that comes with having a baby — her milk coming in, the recovery process, etc, but with no snuggly, soft, beautiful newborn to look at to remind you that it was all worth it.

We made our choice to carry Eva to full term for a lot of reasons, but the first and foremost was to donate her organs. We don’t say that to try and sound like great people or anything. It was just a practical endgame that, in our minds, before we came to the realization Eva is alive and our daughter deserves to meet her mama and daddy, gave us a purpose to continue on. Donating was on Keri’s mind from darn near the second we found out and while the experience of holding and kissing our daughter will be something we cherish forever, the gift(s) she’s got inside that little body of hers is what really matters. Keri saw that almost instantly. That kid Jarrius wears a shirt that says ‘It Takes Lives To Save Lives.’ I couldn’t stop thinking about that all day. There’s another family out there hurting and hoping for a miracle for their baby, knowing full well someone else’s baby will need to die first. Eva can be that miracle. 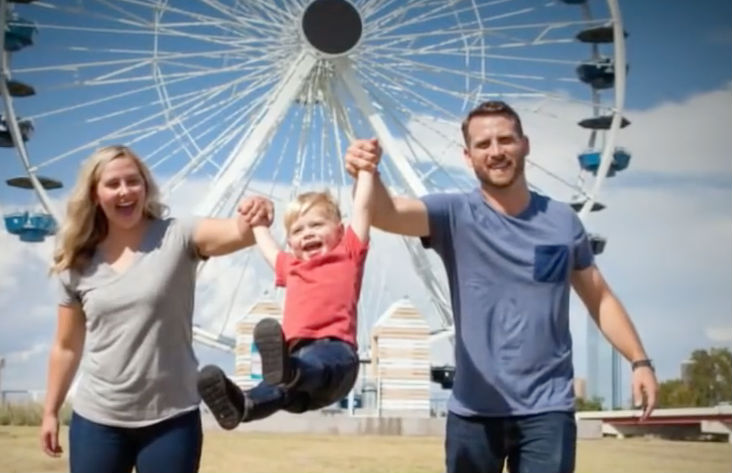 We’re getting closer to the finish line, and while it’s going to be amazing to run through that tape and meet Eva, it comes at a cost. We’ll go to the hospital for a birth, and go home without a baby.

A lot of people say things like, ‘I wouldn’t change anything’ after a trying circumstance, but I’m not about to say that. I would definitely change this if I could. I want my daughter to be perfect. I want her to blow out her candles on her first birthday. I want to watch her bang her head on our coffee table trying to learn to walk. I want her to run up cell phone bill texting boys. I want to walk her down an aisle. I want to change it all so, so badly. But I can’t. This is our reality. And there’s no stopping it.

Whenever Harrison gets hurt or has to pull a Band-Aid off or something, Keri will ask him, ‘Are you tough? Are you BRAVE?’ And that little boy will nod his head and say, ‘I tough! I brave!’

I’m looking at Keri right now and I don’t even have to ask. She’s TOUGH. She’s BRAVE. She’s incredible. She’s remarkable. She’s cut from a different cloth, combining wit, beauty, courage, silliness, character, and integrity into one spectacular woman. And somehow, she’s my wife. Not that I needed some awful situation like this to actually see all of that. But what it did was make me want to tell everyone else about it.”

Eva’s parent might have to face the pain of losing a child almost immediately she arrives, but the fact that a piece of her will live on in the children she will save by donating her organs will give them some succor in their trying time