How much does your house cost, most likely not as much as this house on wheels that was constructed at a mind-blowing 6-figure value of $6 million dollars. Yes, you read that right. You must have heard of luxurious vehicles, maybe a pickup truck doesn’t exactly fit into a picture of what you might expect a luxurious vehicle to look like, but what the heck, if Dunkel industries decide to build one who is you to argue. Unless of course, you are the one dropping the $6 million check for this baby. 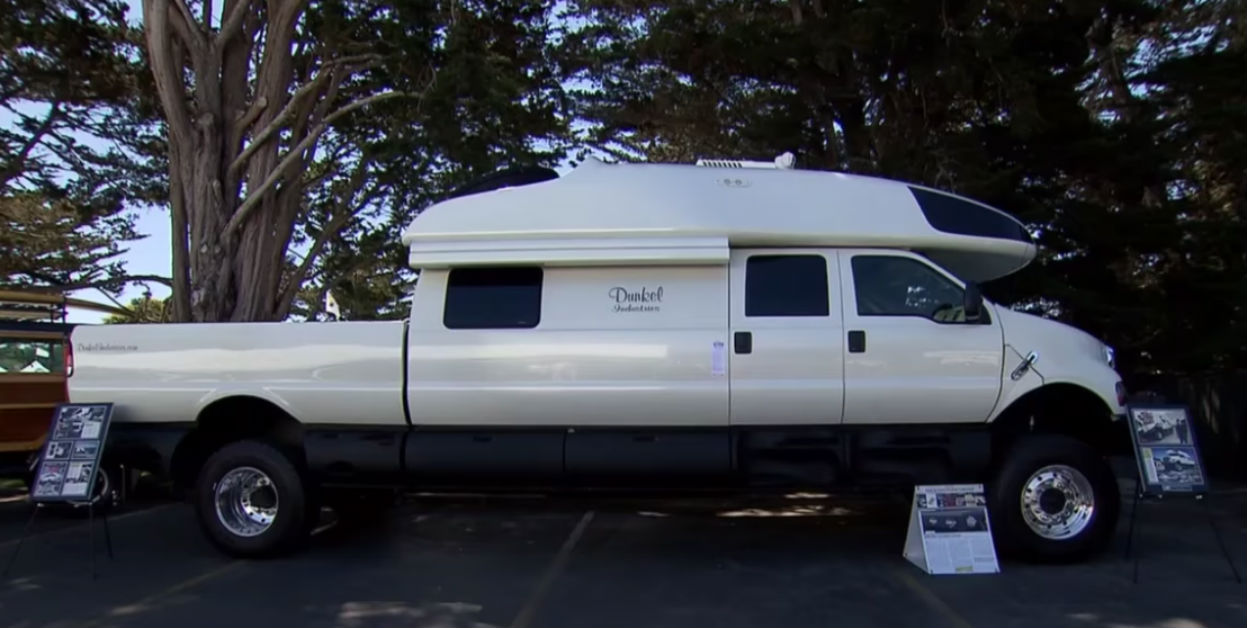 This Incredible Ford F750 world cruiser pickup as it was named was the brainchild of Peter Dunkel owner of a company that specializes in transporting large industrial equipment. This extravagant ride was designed with a purpose in mind, to combine the comfort of an RV with the transport advantages that a truck offers, while wrapping it all up in as much luxury as can fit into it. it is a mini-hotel on wheels if you would prefer to call it that once you’ve seen what’s on offer.

The luxury truck was obviously designed to handle some very serious hauling duties which would, of course, be a compulsory part of its features as a truck. it has an enormous four-ton payload. But that’s just beginning to scratch the surface.

This truck comes with a full kitchen, a bathroom, has a dining area, a living, and bedroom that can accommodate as much as 6 people. The truck also has large cummings diesel engine that is able to generate as much as 1200 fps of torque. Enough to move to easily haul your home in all its glory along with you everywhere you go.

Considering the price of other luxurious trucks like the 2016 Ford F-150, SuperCrew Platinum which had a manufacturer’s suggested retail price of $56,120, a lucky guess for how much this truck would have cost would have been in the range of $100 to 250 thousand dollars.

If that’s what you are thinking, then you are a long way short of what the cost of building this gigantic luxury home is. Dunkel industries spent 6 million dollars putting this truck together. That’s a life’s fortune for some people, maybe not so much for some others. 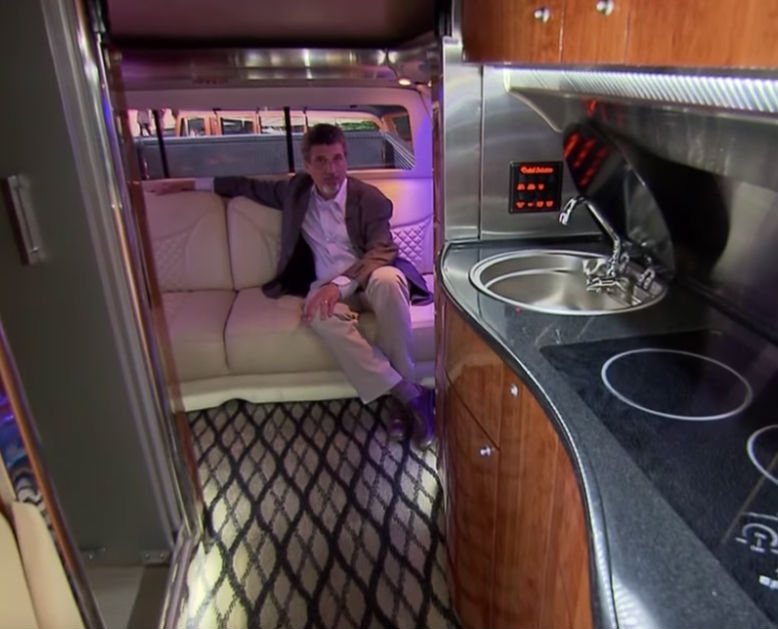 Which means you have to be a rich Arab oil baron with lots of money to throw away to acquire such a prized possession. I guess that’s what Mr. Dunkel was hoping for when he started the project. So far that wish isn’t coming true yet as the Ford F-750 was put on auction and even the closing bid of $55,000 was nowhere close to the MSRP for this truck, which means we won’t be seeing anyone zooming off with this luxury apartment anytime soon. It will be stating the obvious if we call this truck one of the most expensive if not the most expensive Truck in history.

You can take a more up close and personal look at the truck’s luxurious monster-sized in this video from the CNN Money shows off posted below. Maybe you’ll find some other details that we didn’t mention here. Even if you are not buying, there is nothing stopping you from looking is there? We are sure if you are not blown away by the intricately beautiful design of the “homely truck” nothing else will.