Bethany Arceneaux was kidnapped in Duson La from the parking lot of child-care center. Her captor was the father of her son, 29-year-old Scott Thomas, the family reported the case to the police, but while waiting for law enforcement officers to find her the family decided to stop sitting around and took matters into their own hands and try to find her themselves. 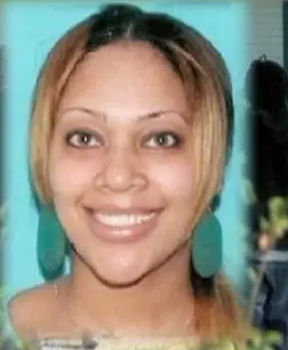 When they caught wind of Thomas’ possible location which was an abandoned house nearby. the family mobilized themselves and about 6 men got themselves together and stormed the house she was being kept to secure her release. What followed was a terrible scuffle that ended up in the death of her captors and the poor woman’s release.

While many people might consider the act by the family perhaps too daring or even too forward, it turned out that their quick action might have saved Arceneaux from fatal danger from her aggressor who had stabbed her multiple times before the family arrived.

It took some violence to get her free as Thomas allegedly opened fire on the men that had stormed the abandoned house where he kept her. A gun battle had ensued and Thomas was fatally shot and lost his life in the process.

Fortunately for her the 29 years old Arceneaux, her family members were able to get to her before she too much damage was done to her by her former lover and the father of her child who had a history of assault charges against him.

“She’s shaken up, she’s sliced up, but she’s alright,” said Ryan Arceneaux, Bethany Arceneaux’s brother, who was involved in the confrontation along with another brother, Kaylyn Alfred.

“We found her. We went and got her in that house. We kicked doors down. It was like a movie unfolding.” He added.

Thomas’s action didn’t come as too much of a surprise. Arceneaux has had to get a protective order against Thomas earlier in the year on June 17. He had violated the order and was arrested and charged with aggravated assault and aggravated flight from an officer.

Even after that, he continued in his menacing acts against the woman. “He keeps threatening to kill us,” Arceneaux had written in her complaint to police. “He put a knife to my neck countless times.”

The action of the family has been met with mixed feelings by different people.

“I can just imagine how chaotic that confrontation was,” police spokesperson Capt. Kip Judice told KATC. “The person who acted in defense of Ms. Arceneaux is a relative, a close relative to her. So I can imagine his emotions were probably high, and everyone’s levels were very escalated.”

Yet, the police are not being quick to dismiss the matter as well since anything was possible. While the events plainly point to the fact that the family had acted to protect the woman, there is still a need to further investigate the matter in order to ensure there was no foul play in the entire incidence. For now, it remains unclear whether any of the Arceneaux family will face charges. But the woman has her family to thank all the same for being quick to respond and were brave enough to confront her attacker. Who knows how things would have unfolded if they didn’t.