A baby born is a miracle in this world, and having two would double the blessing for every family. So how can twin babies be more special than they already are? A mom who gave birth on a very special day found out that her beautiful babies have been considered as miracle babies. We don’t get to experience a miracle every day so hearing one where it involves babies can really melt our hearts. 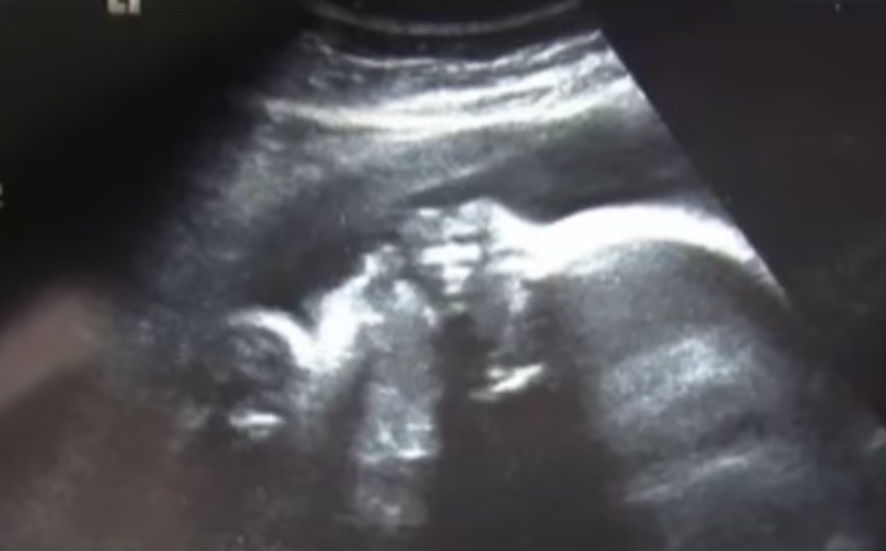 Twin babies were born in Orrville, Ohio and their birth was something that the nation was able to learn about. They made headlines not just because they are twins, or maybe because they were born on a Mother’s Day, but because they are mono-mono twins. But something more precious would be discovered that would make them one of the most amazing miracle babies.

Sarah Thistlethwaite and husband Bill went to their third ultrasound to find out the sex of their baby, they never knew that they were having twins! “The ultrasound tech said ‘Oh there’s too!’” Sarah shared and she said that her husband was surprised and just said, “Two what?” According to their doctor, Sarah and Bill are going to have monoamniotic twins or what the doctors call “mono-mono twins”.

Monoamniotic twin pregnancy is a very rare condition. This is where both the twins will share and grow on one amniotic sac and placenta instead of having each of their own, but both will have two separate umbilical cords. The odds on this type of pregnancy is One in 10,000 births. Sarah’s doctor shared that he has been dealing with rare cases for 35 years and he has only seen 10 cases so far similar to Sarah’s babies.

Sarah was then considered high risk because there are concerns of entanglement or compression and she spent 56 days in the hospital room. On her 57th day, the babies were seven weeks early but they are both ready. Jenna and Jillian Thistlethwaite were born in an afternoon Mother’s Day of 2014. For Sarah, this day couldn’t get any better. “Best Mother’s Day present ever,” Sarah said. 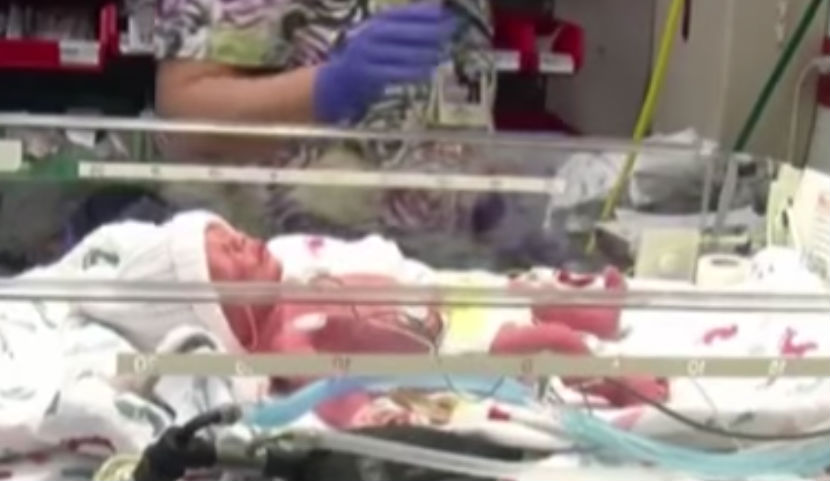 The Miracle Twins Who Were Born Holding Hands

Aside from everything that has been happening, the two sisters came out holding hands. Sarah shared while still on the hospital bed, “It was just so awesome and they were holding hands. It was great to hear them both cry.” Both babies are doing great and according to the doctor, Jillian quickly was breathing on her own and Jenna is still getting a little help from an oxygen.

Dad was just admiring his two new daughters and said it was too hard to find the words. “What was going through my mind, I don’t know. I couldn’t think, I would start tearing up immediately. It was beautiful,” Bill shared. The couple already has a 15-month old son and soon, he would meet his twin sisters.

Jenna and Jillian’s existence became national news even before they were born and when the moment came, their birth was celebrated nationwide. Even up until now, many are still following how these two beautiful girls are doing. According to their mother, both girls are doing great and they are equally healthy even though they had a couple of medical problems after they were born.