Do you ever wonder about what could be inside a wasp? Well if not, then that makes the two of us. But unlike us, some kids possess a relentless curiosity and have the urge to find out each and everyithng.they do not do this by googling it or reading books as other kids do; no they do it practically.

Lincoln is one of these kids. He is curious and finding out new things is his greatest fantasy. The kid together with his friend Kai, insist that Dan, Lincoln’s dad, show them what is inside a giant wasp. As crazy as it may sound, the dad agreed to do the dirty work, after all they had done some of these “What’s inside clips” in which they cut open various things, random of course, to show you what is inside some of the things you wondered about when you were a kid. 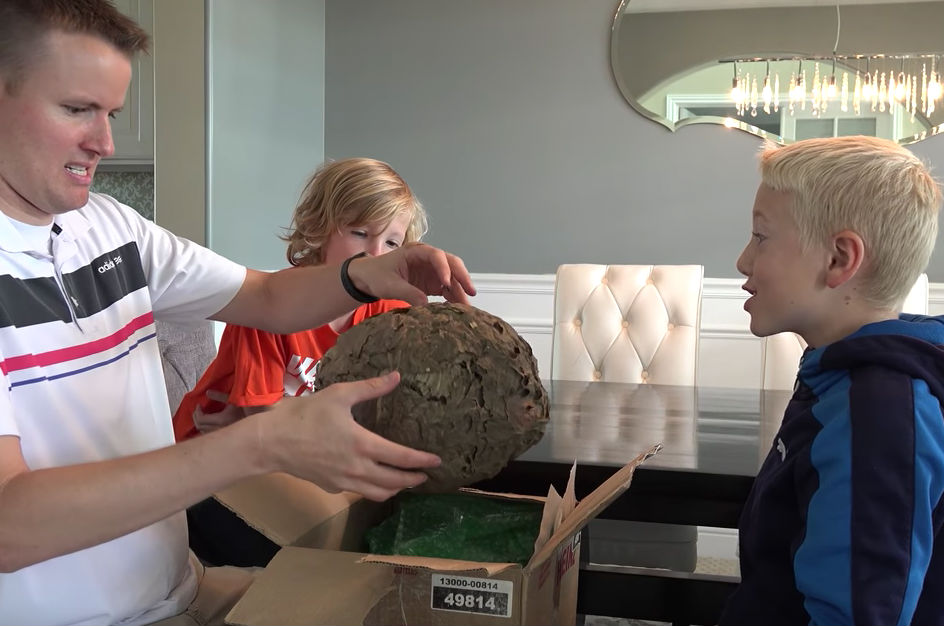 Not to say that this is a good idea because somethings can be harmful, but the pair decided to take the dirty work so you can be a spectator. However, they did not have big enough nests around their home to house a giant wasp.

The father, therefore, ordered one from eBay; who would have thought you could buy a giant was from eBay? Anyway, they did and started the party. The kids made Dan do it on the kitchen table, and they got the party started.

As the three did their thing, they captured a video. It shows when the wasp is still inside a box that it had come with from eBay. They prepare to cut open the wasp. It is disgusting, and the boys can’t help wondering and amusing at it.

The pair first places it on the table and compare it with a basketball. You cannot believe it that the wasp os bigger than the ball.

The dad was terrified of opening the wasp. I mean they have cut many open things, but this time this was a scary one. They did not know if they might cut it open and its active residents come rushing at them. But they had set out to find out what was inside, and that is precisely h did.

The boys touched the giant wasp, amused at the fact that there could be a thousand wasps in it and yet they were feeling it.

However, while wearing gloves, Dan started cutting open the wasp. It made a sound like they are cutting hard paper.

When it was finally in two halves, though still a little bit disgusting, the wasp had some astonishing geometry inside it. It is much like that of a bee, but it seems a bit more complicated. It was epic!

Surprise plastered all over the kid’s faces, just like it did on anyone who watched the video. They had not expected to find something creatively made inside such a terrifying house. 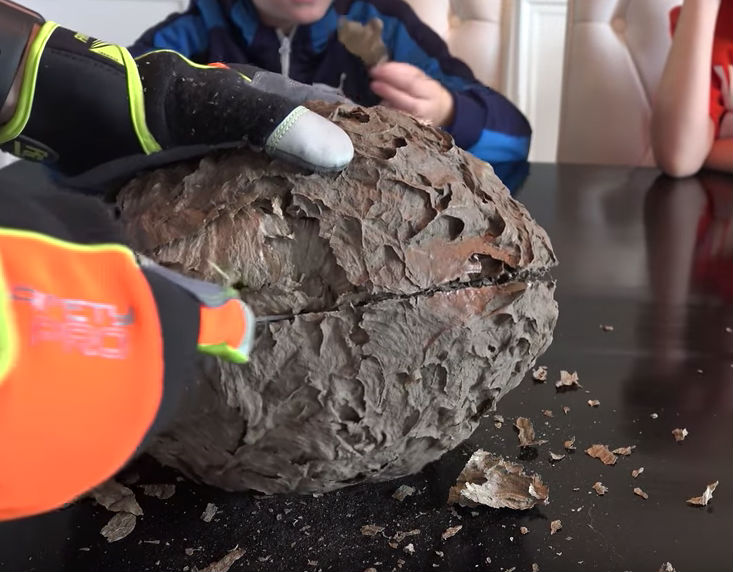 Well if you have been wondering what is inside there, then there is your answer. Amazingly crafted geometry.