If you think you’ve heard it all with interesting birth stories, then get ready to be spooked by the story of Carrie and Craig Kosinski.

The young couple now have three sets of twins living under their roof and the most interesting part is that they all have the same birthday.

It all started like a joke. When a family friend of theirs reached out to them to see if they could look after the twin girls of a family that was struggling financially, the young couple compassionately took up the offer and took in the girls even though they were yet to have children of their own. 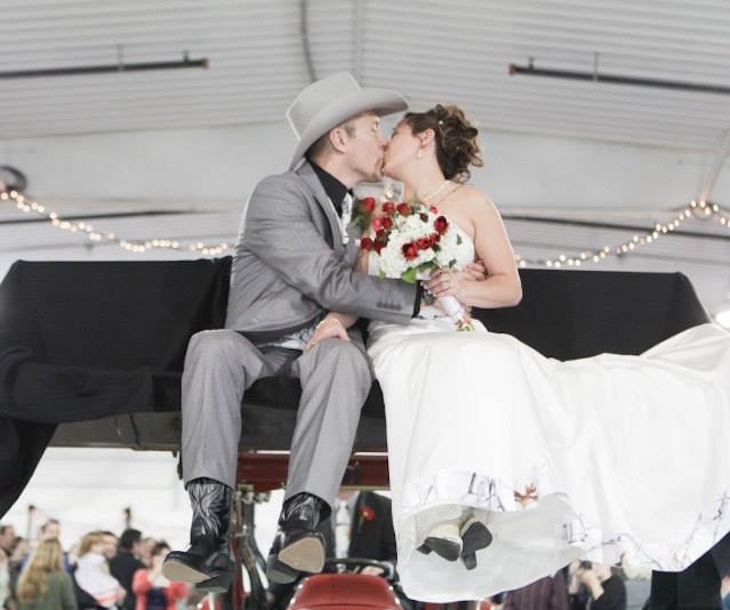 What started as a trial however turned into something much bigger as they grew fonder of the girls who were fast becoming part of the family as the months rolled by.

A year later the Kosinski’s were asked once again if they would be willing to take in another set of twins a boy and a girl from the same family. The family was still struggling and they were finding it hard to take care of the twins. But this time the decision was harder to make.

The couple had enjoyed taking care of Keena and Adalynn but taking in adding another set of twins wasn’t something they were exactly eager to do just yet but the fact that the new kids they were asked to adopt were siblings of the former they thought the idea of keeping the family together was a great one.

Carrie told The Journal Times about what influenced their decision:

“It was a difficult decision. We were trying to get pregnant ourselves. But they were siblings so that was definitely was part of our consideration – we wanted to keep the siblings together.” 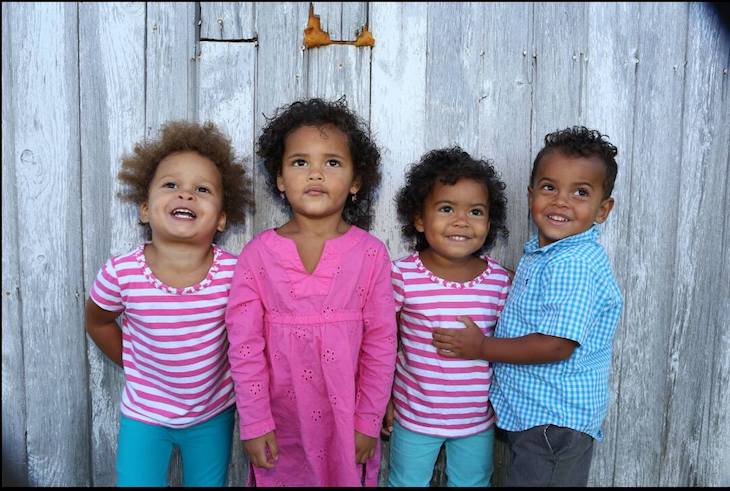 Despite their reluctance the couple decided to take in another set of twin bringing the tally to four. But just a few weeks after Cece and J.J joined the family, the Kosinski’s got something they’ve been expecting for a while only it was much better than the expected. Carrie went in to see the doctor and she was confirmed pregnant.

But that’s just part of the story an ultrasound revealed something shocking. Carrie was carrying another set of twins. This was just too good to be coincidence.

The idea of having another twin was truly overwhelming but the thought of it was so exciting the couples could not wait for their babies to arrive. And they looked forward to having a happy big family with lots of love to share within the siblings. 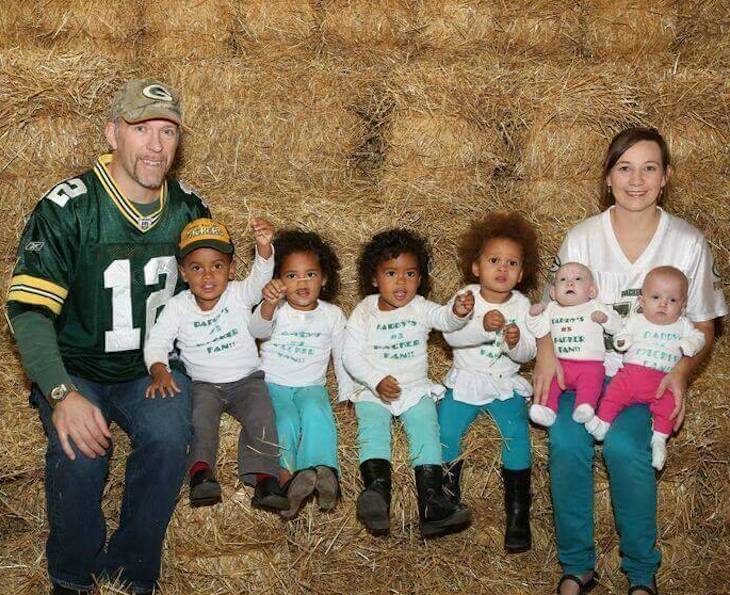 The twins finally arrived on February 28 earlier than scheduled but the same days as all the other kids in the family. They were born in just 25 weeks.

Carrie told The Journal Times how they look at their busy home now: