Dwayne Johnson, otherwise known as the Rock, recently paid a surprise visit to Stillwater High School, Oklahoma. The top movie star intercepted the daily afternoon announcements to pass a message to Katie Kelzenberg who had taken her chances to ask him to be her date to the prom.

Katie is just about the biggest fan of The Rock. She has memorized his lines from various movies and knows more about him than anyone else in Stillwater High. She has also followed him through his entire career both as an actor and a wrestler. With this much love for him, it did not come as a surprise to anyone who knows her when they learned that she had asked Dwayne to be her prom date.

To her disappointment, Dwayne did not reply to her invite. She understood, though, that he was a superstar movie actor with a very tight schedule. She had almost given up when on a Friday afternoon she heard him over the loudspeakers in her classroom. 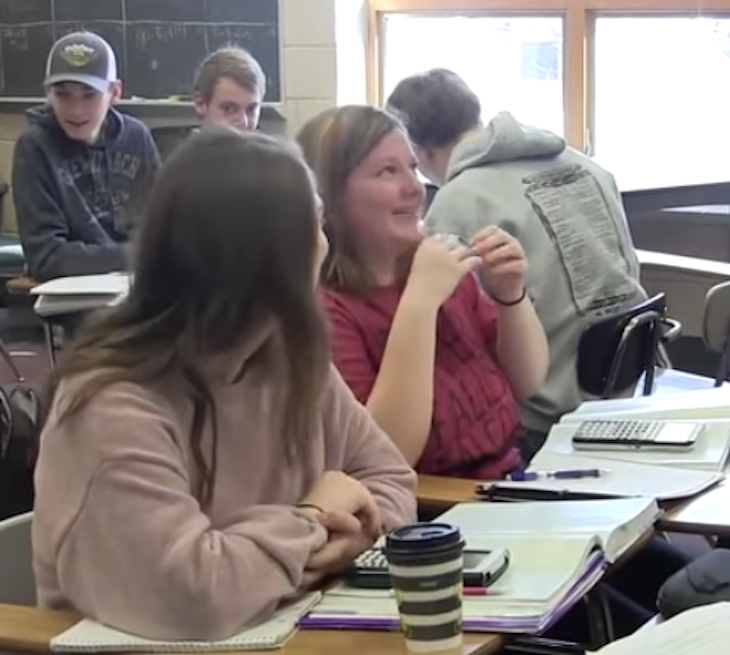 Usually, the school’s daily public announcements are made in the morning when Katie and her friends are attending their classes. This particular morning, however, the voice over the loudspeaker was very different from the one the students were used to. Some barely noticed this while others had no clue who was speaking over the loudspeakers, but Katie immediately recognized the voice.

True to her instincts, Dwayne introduced himself shortly by naming some of the movies he had starred. The whole class stopped what they were doing and there was pin-drop silence as they listened keenly to the voice over the speakers. The reactions were varied, from disbelief to shock. Katie herself could not believe what she was hearing or rather, from whom she was hearing.

The Rock started his announcement by greeting everyone. He then pointed out that he was passing a message to a ‘special lady’, Katie Kelzenberg. The whole class turned around to look at her with admiration, and all she could do is turn pink as she blushed hard.

Her newly self-appointed best friend went ahead to pass his regrets. He said that he would not make it to the prom as he would be in Hawaii to shoot a movie. He apologized and hoped that a decent guy would ask her out. He also advised her that she did not really need a boy to take her out and that she could also go to prom with her girlfriends instead. 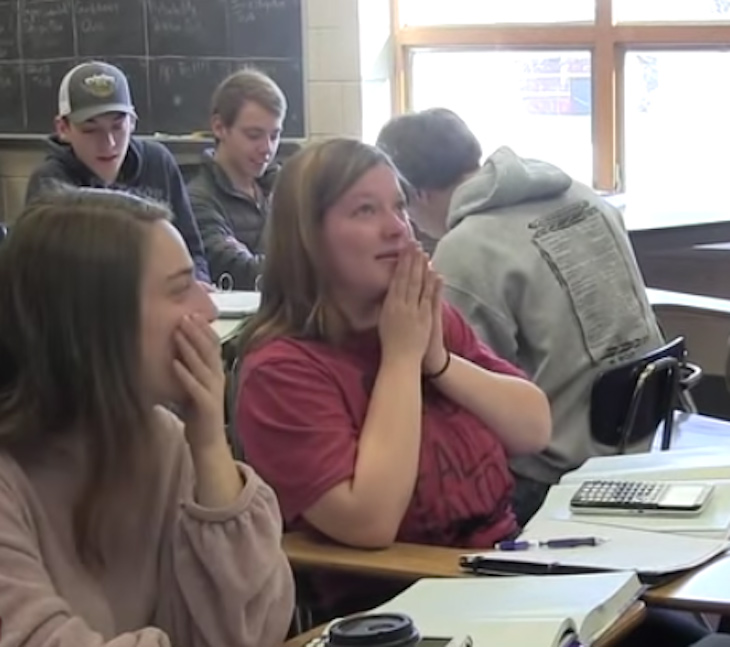 The Rock, however, did not leave her disappointed. He let her know that he had reserved the Opal Cinema for her and two hundred and thirty-one other people that she would choose for the screening of his latest movie, Rampage. He also promised to pay for popcorn, candy, soda and everything else that Katie and her friends would need. He then excused himself and handed the session back to the usual announcer.

Her excited classmates clapped for her and she was beyond astonished. She had said nothing during the entire announcement. She still had her hands on her face, and tears flowed as she tried to come to terms with what had just happened. At that particular moment, Katie Kelzenberg was the luckiest and the most grateful Dwayne Johnson fan.